"Here To Help Families Honor the Lives of Those They Love"

At Joseph Vertin & Sons Funeral Home, we are honored to have earned the trust and confidence placed in us by those we serve. From the time the first phone call is received, throughout the service and beyond, each staff member at our funeral home contributes in an important way.

Joseph Vertin & Sons is proud to have received the Prestigious NFDA Pursuit of Excellence Award for 14 consecutive years.  In addition, Joseph Vertin & Sons was one of eight funeral homes nationwide, to receive the NFDA “Best of the Best” Award in 2010 for their Cherish the Child Project.

We are very proud our staff and the awards that they have received for their excellence in service. 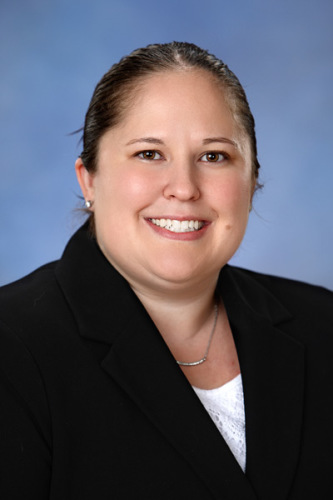 Whitney began working with Vertin Family Funeral Homes in May of 2012, first working at Dobmeier Funeral Home in Barnesville, MN, until completion of her apprenticeship. She became a licensed Funeral Director in 2013, and is licensed in Minnesota, North Dakota, and South Dakota. She has been working part-time at the funeral home since 2013, while caring for her son Dexter.

Whitney and her husband, Jef reside in Breckenridge. Jef is a software engineer at ShoreMaster in Fergus Falls. Whitney enjoys buying and selling vintage treasures as a leisure pursuit; doing cross-stitch embroidery; traveling along with her husband on his business trips; and spending time with family, especially at her parent’s lake cabin. 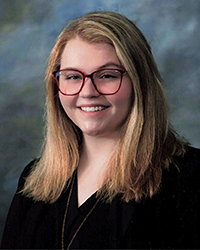 Whitney was born in Crookston, MN, and spent her childhood in East Grand Forks, MN. In 2009, her family moved to Morris, MN, where she graduated from Morris Area High School in 2018. She received an associate degree from Alexandria Technical and Community College in 2019, and in December of 2020, she graduated with a bachelor’s degree from Cincinnati College of Mortuary Science.

After attending a relative’s funeral, Whitney felt called to funeral service and began working part time at the funeral home in Morris to further explore the field. She takes pride in guiding families through a difficult period in their lives and is determined to help remove some of the stress for those facing the loss of a loved one. 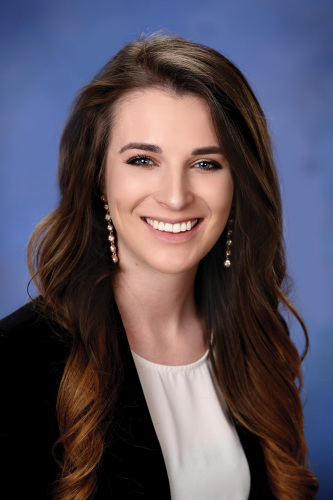 Samantha was born in Virginia and grew up in the Mesa/Gilbert, Arizona area, where she graduated from Mesa Preparatory Academy in 2013. After graduating, she moved to North Dakota and attended North Dakota State College of Science for Social Work. Since then she has pursued career opportunities in the helping field, working at Circle of Nations and later in a management position helping patients receive access to dental care. Samantha recently joined Joseph Vertin and Sons Funeral Home where she can assist families in creating personalized tributes for their loved ones.

In her personal time, Samantha enjoys spending time with her daughters, Elizabeth and Annistyn, staying active at the gym, reading, painting, and fishing. She is a member of the Breckenridge Rotary Club, which allows her to further her goal of giving back to the community. 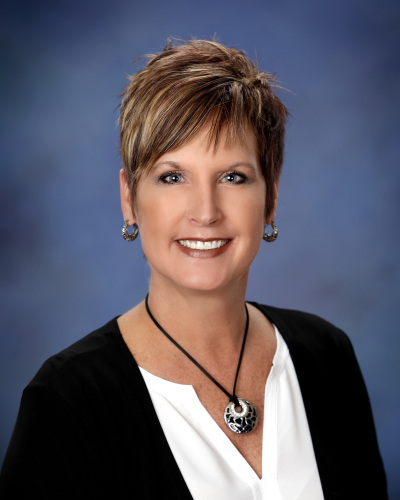 Brenda was raised in Mooreton, ND, and is the youngest daughter of Wayne and Janice Ward. After graduating from Wahpeton High School in 1986, Brenda attended NDSCS and Moorhead State University for business administration. She has worked in human resource/office administration jobs for the past 30 years. Her last position was at Dow AgriSciences in Breckenridge, where she worked for 19 years. Brenda lives by Mooreton with her husband, Troy, who farms in the area. Together they have two grown daughters, Sydney and Madison, who are both attending college to pursue the nursing profession, and a teenage son, Logan, who attends Wahpeton High School. In her personal time, Brenda enjoys spending time with her family and friends.

Brenda is excited to be a part of the funeral home business and to serve families as our Advance Funeral Planner. She is dedicated to learning about and sharing the many options families have for making funeral arrangements in advance as a gift to their loved ones. 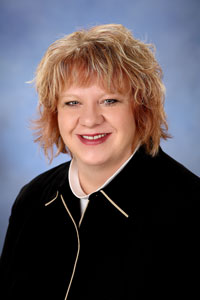 In February of 2017, Colette joined Joseph Vertin and Sons Funeral Home as the Grief Care Coordinator.  Colette was drawn to this position partially because of her experience as a Funeral Director’s wife and seeing the need for loved ones to receive support after the funeral is over.  She has a Bachelor of Science Degree in Psychology and Sociology from Northern State University in Aberdeen, SD.

Colette married Jason Barton on September 14, 1991.  They were blessed to be the parents of Cindy, Colson, Connor, Jason Paul and Serenity, as well as the grandparents of Lavinia and Shane.  Jason passed away on November 6, 2017, and Colette has continued to raise their family at their home near Wyndmere, ND.

Colette is very committed to her community.  She is a charter member of the Headwaters Lions Club, an active member of the Wyndmere United Methodist Church, and a coordinator for Community Vacation Bible School in Wyndmere.  She supports her children’s activities by volunteering for several school-related committees. Colette is the Spiritual Caregiver at CHI Health at Home and Hospice and also serves on the Board of Directors for the Richland Wilkin Community Foundation.  In her free time she enjoys spending time with her family and friends, and looking at all the great ideas on Pinterest. 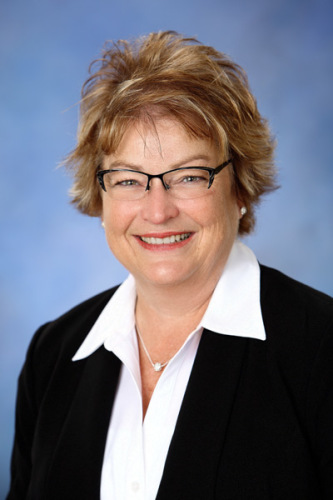 Ann began as the Pre-arrangement Advisor at the funeral home in 1997 and continues to assist at services today.  A Breckenridge native, Ann graduated from Breckenridge High School, and from Alexandria Technical College.  She lives in rural Breckenridge with her husband, Dan, who farms in the area.  Together they have three grown daughters, Sally, Carolyn and Alicia.  Ann is the oldest daughter of Marjorie Lommel and the late John Lommel.

After joining the staff at the funeral home, Ann discovered an important need in assisting families who wish to make their funeral plans in advance.  She is a good listener and provides compassionate care for assisting the families she serves.  Ann holds a license to secure funds in a funeral trust, so families know that money will be there at the time they need it for the funeral.

Ann’s work experience in Breckenridge has included customer service in the banking and insurance industries. She is very dedicated to the families she serves with pre-planning, as well as she is dedicated to serving families at the time of need to ensure that all of their planning goals were met.

Ann is an active member of St. Mary’s Church in Breckenridge, and an honorary member of the Rotary Club. In her personal time, she enjoys spending time with her family and her eight grandchildren. 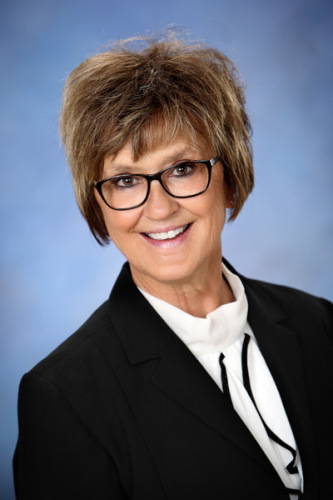 Jeanne has been the Secretary/Pastoral Assistant at St. Gall's Catholic Church, Tintah, MN since 1977.   She has been with St. Francis Riveredge Hospice, now CHI Health at Home, since 1987. Jeanne has also been an active member of the Tintah Fire and Rescue Squad since 1990, serving as their First Responder Training Officer and helping with many fundraisers.

Jeanne and her husband Jim live near Tintah, where he farms.   They have five grown children and six grandchildren.  In her spare time, Jeanne enjoys working with stained glass, flower gardening and spending time with family. 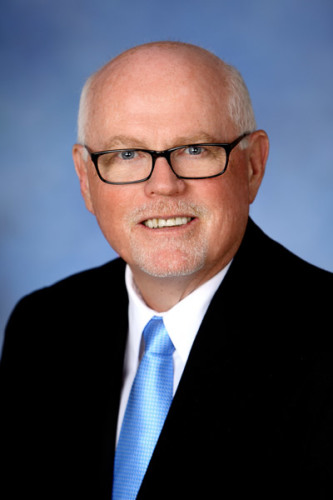 Now fully retired, Mike and his wife Diane keep busy with traveling and loving their 14 grandchildren. He continues to follow high school, college, and professional sporting events and even remains loyal to the “unforgiving” Twins. Recently Mike was honored as an inductee into the Mayville State Coach’s Hall of Fame. 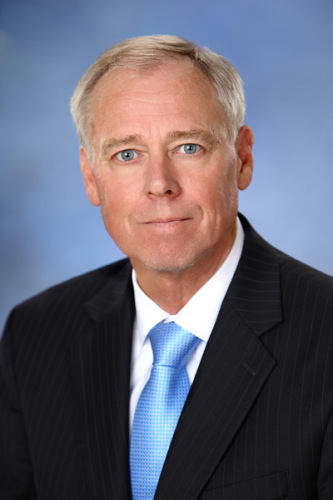 John was a graduate of Wadena High School and received his Bachelor Degree in Education. Most of his teaching career was at the Breckenridge High School, where he also served as Athletic Director for many years. Following his retirement from education, John joined the staff at Joseph Vertin and Sons to assist in funerals and visitations.

John is married to Marlene and they have two adult children.  He is an avid sports fan and enjoys summers at the lake. 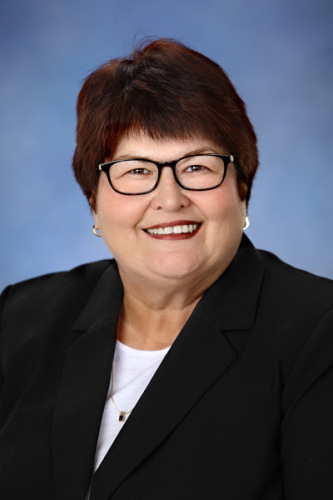 Marcia began working with the staff at Joseph Vertin & Sons Funeral Home in 2014.  Born and raised on a farm in Mahnomen, after graduation from high school, Marcia set out to become a nurse.  First as a Licensed Practical Nurse and later returning to college at Northland Community College, Thief River Falls to earn her Registered Nurse Degree.

Marcia worked as a nurse at St Mary's Hospital in Detroit Lakes and at St. Luke's Hospital (Sanford) in Fargo.  She retired after working at St. Francis Nursing Home for 30 plus years.

Marcia enjoys gathering with friends and family, traveling, and biking. In retirement, Marcia continues to work as a nurse at Pioneer Senior Memory Cottage in Breckenridge, Minnesota and she volunteers at Bethel Lutheran Church in Wahpeton, where she is a member of the congregation, and she is also a Hospice Volunteer. 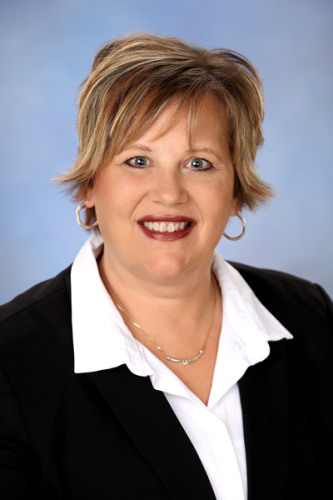 Pam is originally from Moorhead, MN, but has called Breckenridge her home for the past 25 years.   She is married to Marv and they have 2 grown children, Danae and Derek.  In her spare time she enjoys spending time at their cabin on Trowbridge Lake, reading, spending time with family and friends, or volunteering with the American Cancer Society.  Pam was awarded the Hero of Hope award in 2011 from the American Cancer society, and in 2013, was presented the Mark Werre award by the community of Breckenridge/ Wahpeton for her dedication to volunteering and helping others.    She works full time as the Purchasing/Office Manager at Aaseby Industrial Machining in Wahpeton.  Pam joined the JVFH family in 2013 and works part time assisting with visitations and funerals.   She feels privileged to be a part of such a caring staff, and to assist families during their final tribute to their loved ones. 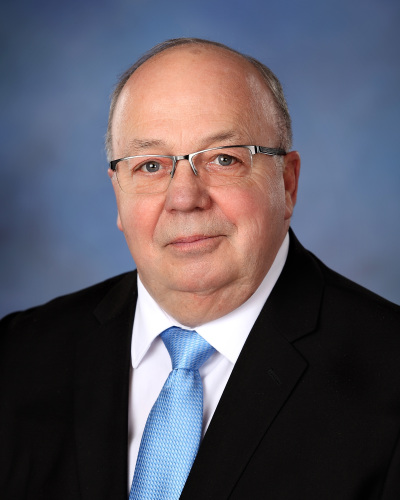 Daryl retired from Interstate Engineering in 2016 after working as an engineering technician out of their Wahpeton office for 20 years. He and his wife, Phyllis, who is also retired, enjoy outdoor plant and flower gardening and keeping up their yard in Wahpeton. They enjoy time with their adult children and attend the events and activities of their grandchildren in West Fargo. Throughout the past several years, they have enjoyed traveling and have gone on several family vacations with their children and grandchildren.

Daryl became a part-time staff member with Joseph Vertin and Sons Funeral Home in 2018 and assists with funerals and visitations.

A year of daily grief support

Our support in your time of need does not end after the funeral services.  Enter your email below to receive a grief support message from us each day for a year.  You can unsubscribe at any time.